Freddy Answer Bot gives instant, precise answers to your customer’s commonly asked questions 24/7, helping with instant resolutions and happier customers. This will free up your team’s time to focus on issues only humans can resolve.

Freddy Answer Bot also performs tone and sentiment analysis, handing over the conversation to a team member when human intervention is very much needed.

How is Freddy Answer Bot different from other chatbots

When customers ask questions, most chatbots suggest solution articles from the knowledge base. Customers are expected to go through every suggestion to see if the article is helping. But what today’s customers look for is fast, precise answers. Freddy Answer Bot helps you deliver that.

But, it also understands when human intervention is needed and transfers the chat to a team member if necessary.

By giving instant, precise answers to common queries, Freddy Answer Bot will create a better customer experience, and save your team hours each week. You’ll be able to see Freddy Answer Bot’s immediate impact under Insights.

Here’s how to get started:

Give your Freddy Answer Bot identity 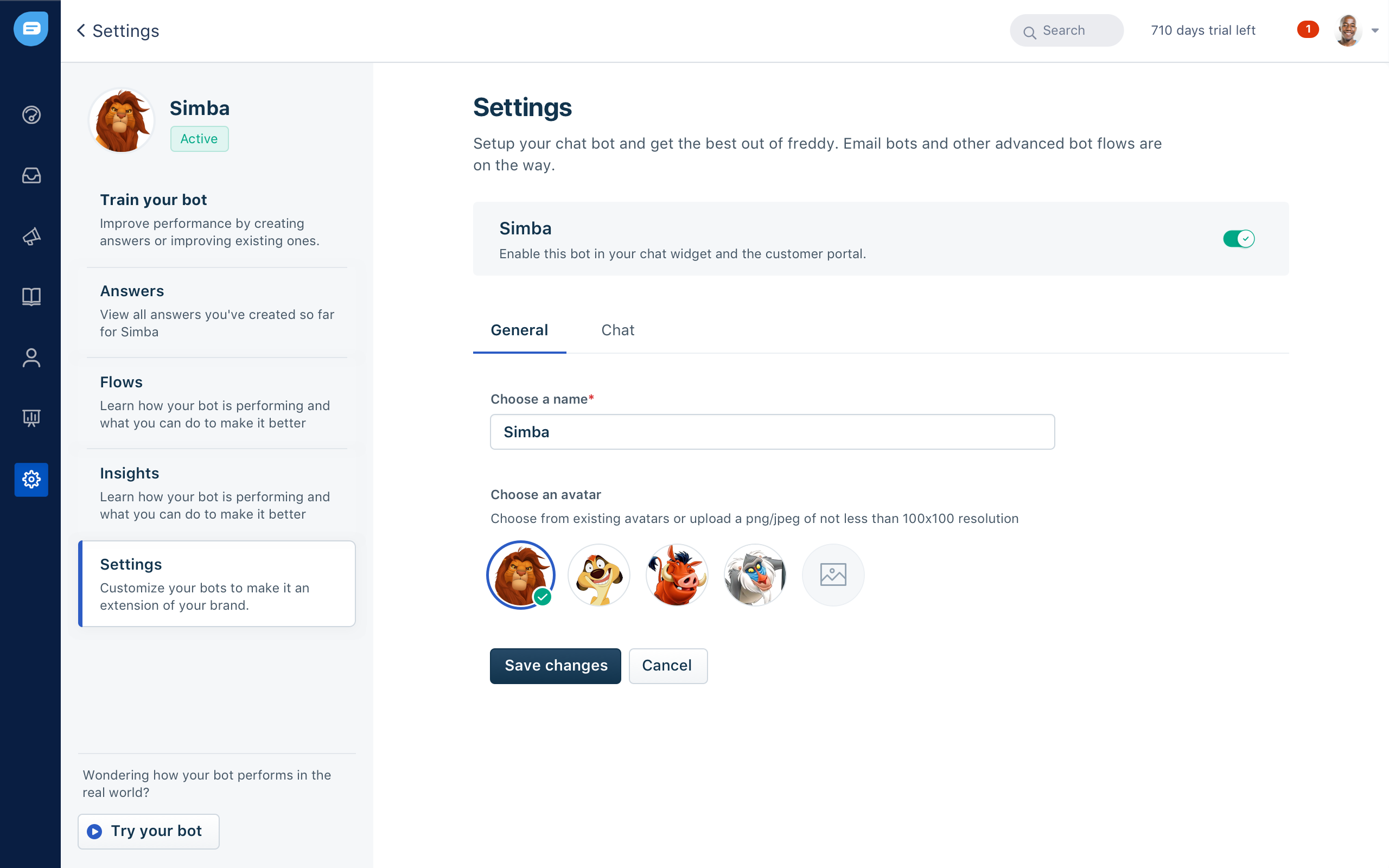 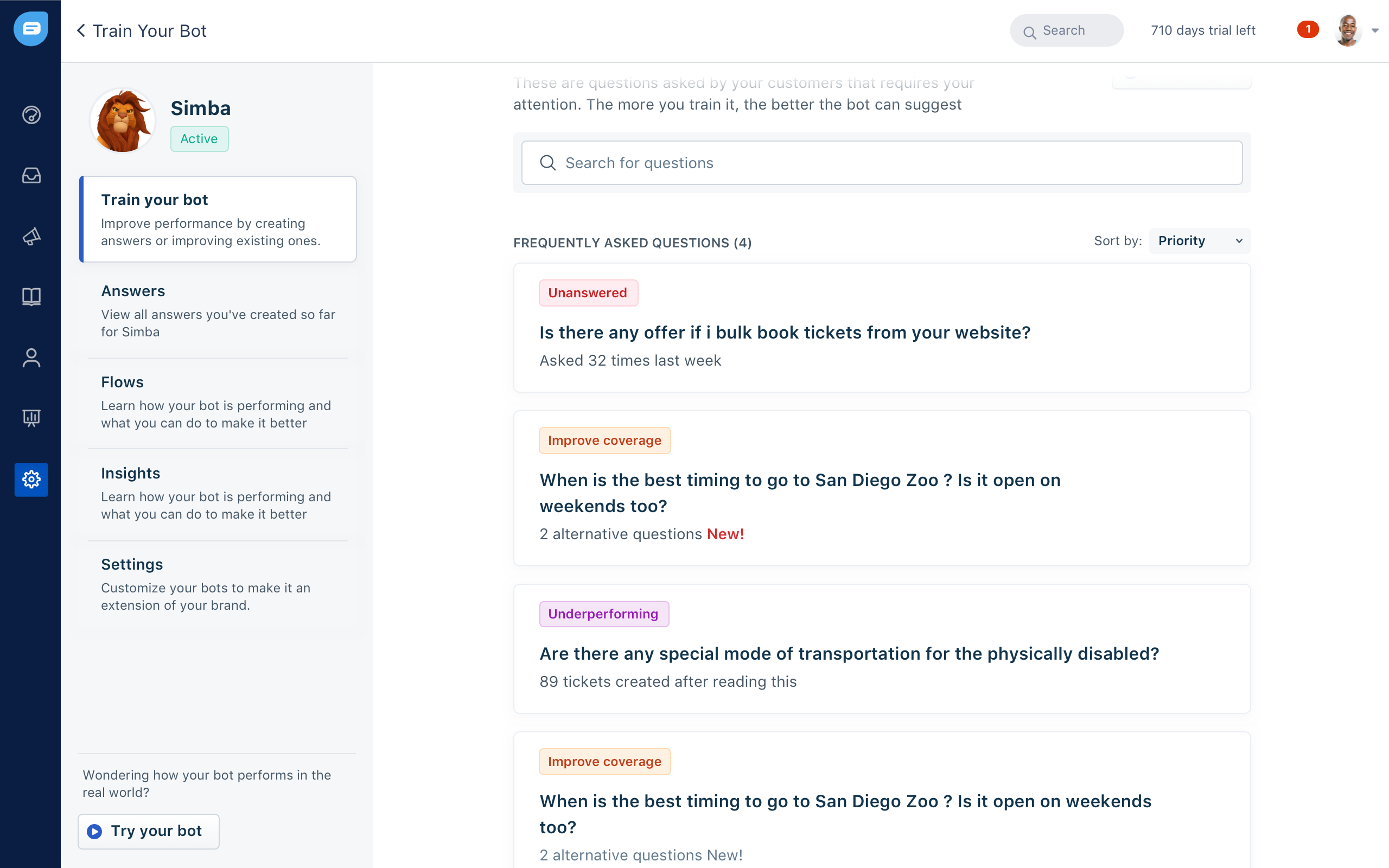 Just click on any question to add answers or if you have a question in mind create a new answer from scratch.

Stat by adding your question. Freddy Answer Bot will surface similar questions if any. You can choose to add answers for one of these or create one from scratch. The quality of answer you create is the key to resolving your customer queries. 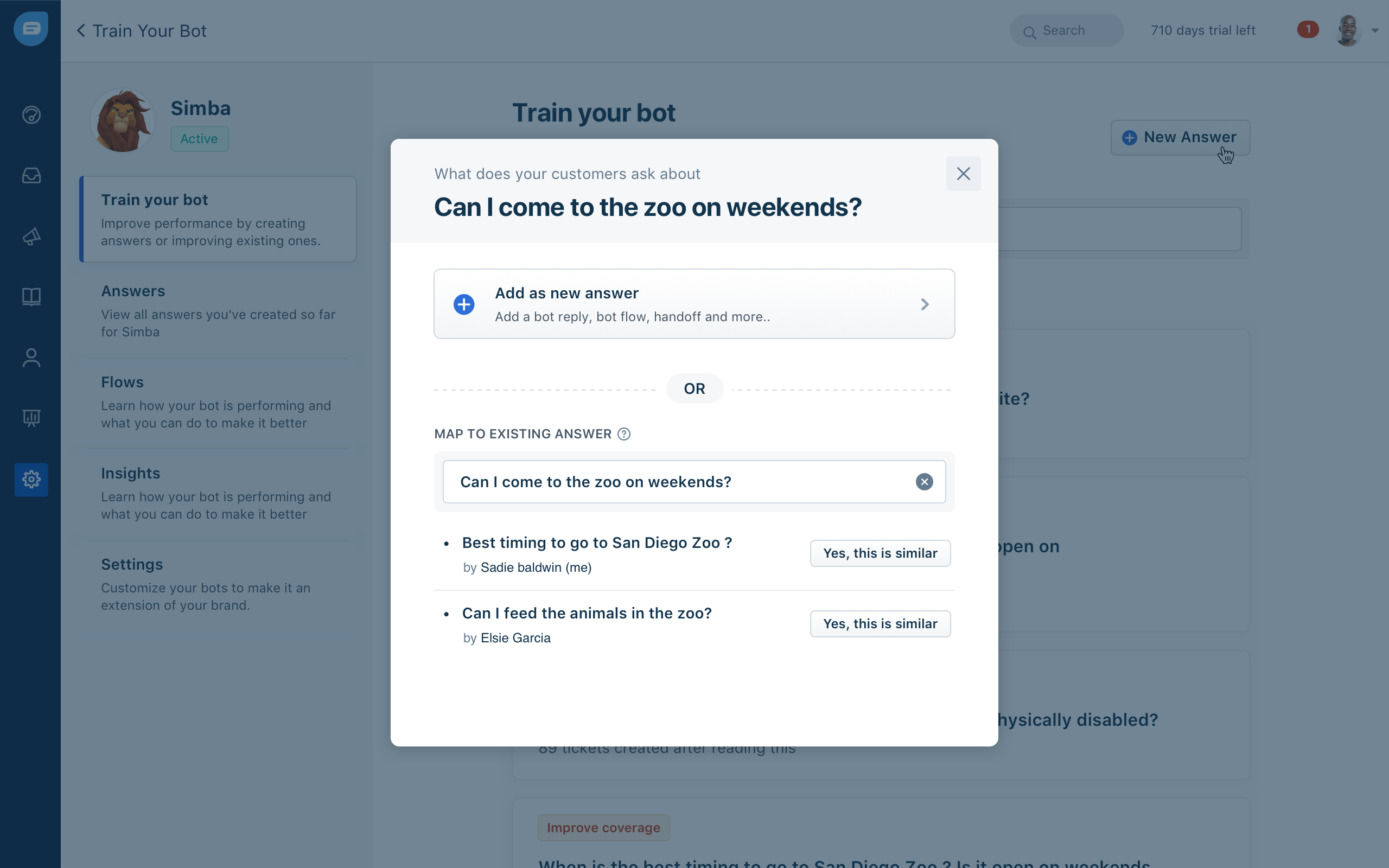 Your customers will ask the same question in different ways. While creating an answer, you should train Freddy Answer Bot to recognize each variation of the question, so it answers more customers. Pick any of the example questions that your answer will resolve and dismiss the ones that it won’t. 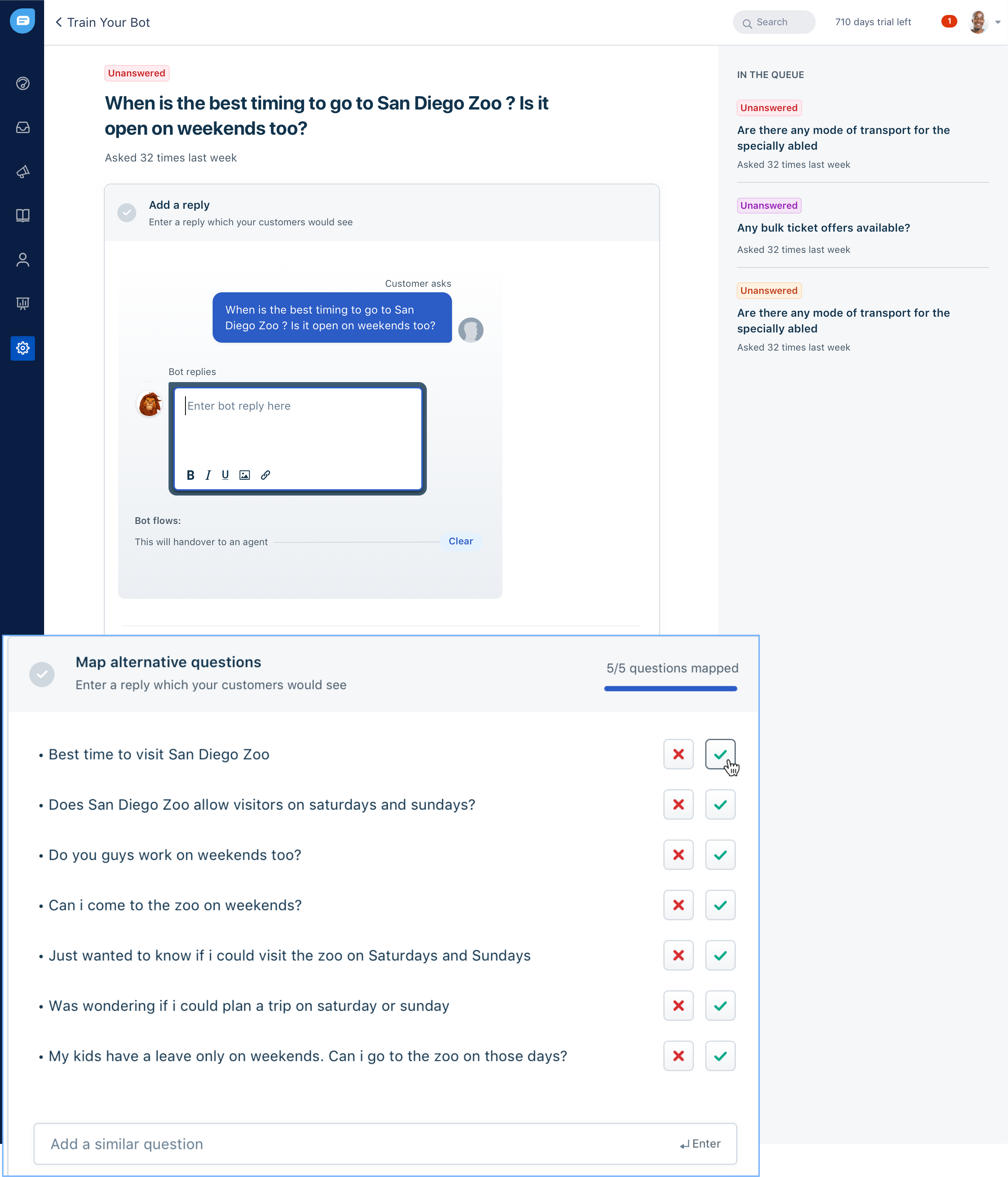 Remember, the more question variants you add, the more Freddy Answer Bot will learn to recognize similar questions, and the more accurate it will be. We recommend adding a minimum of 5 examples.

You can also train Freddy Answer Bot to recognize questions your customers haven’t asked yet, by manually adding example questions.

For example: If you have an upcoming feature launch, and you are working on answers for the launch, you can manually train Freddy Answer Bot with questions you predict customers could ask.

Freddy Answer Bot can tap into the intent behind customer questions, truly engage with them and help them with the next best actions. 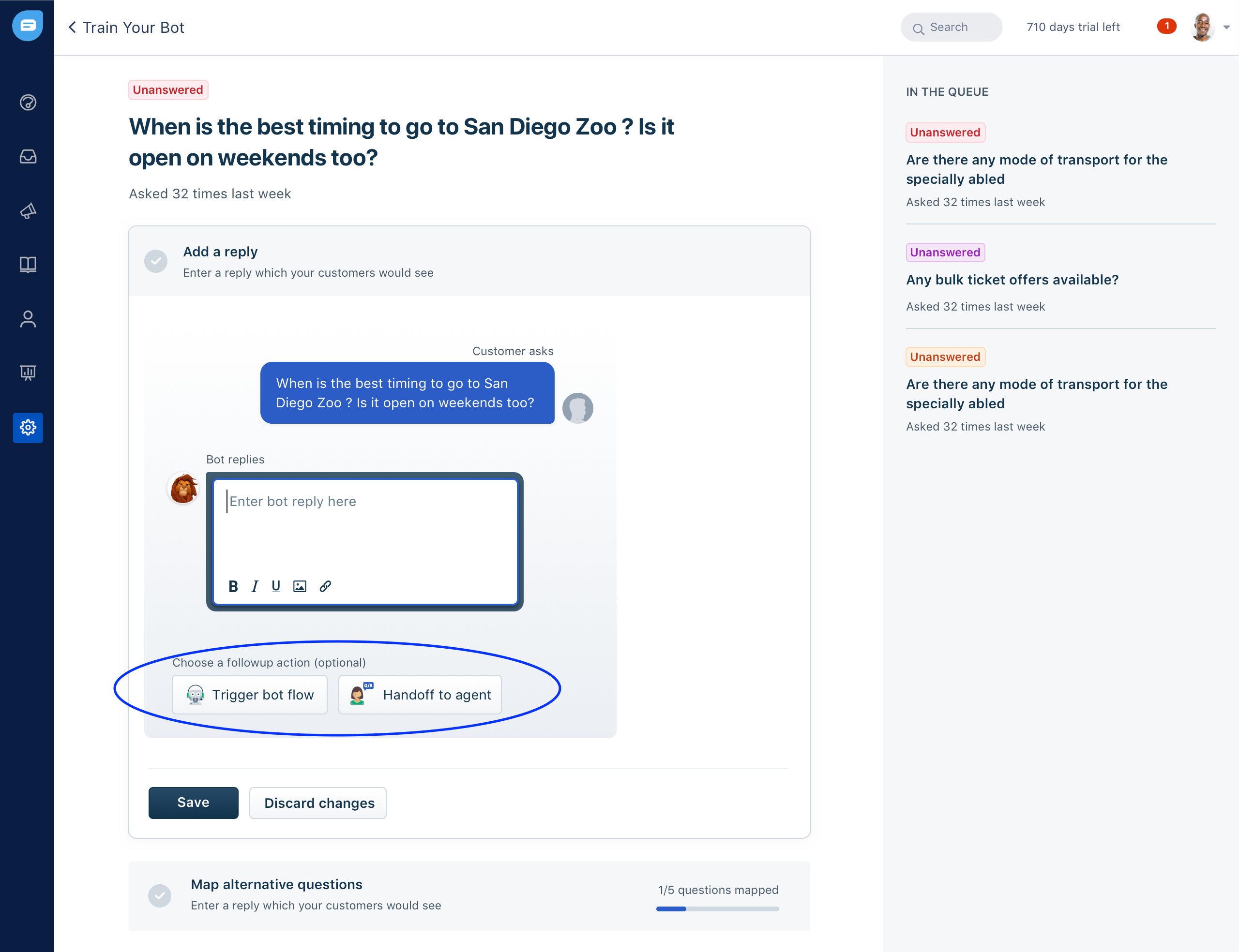 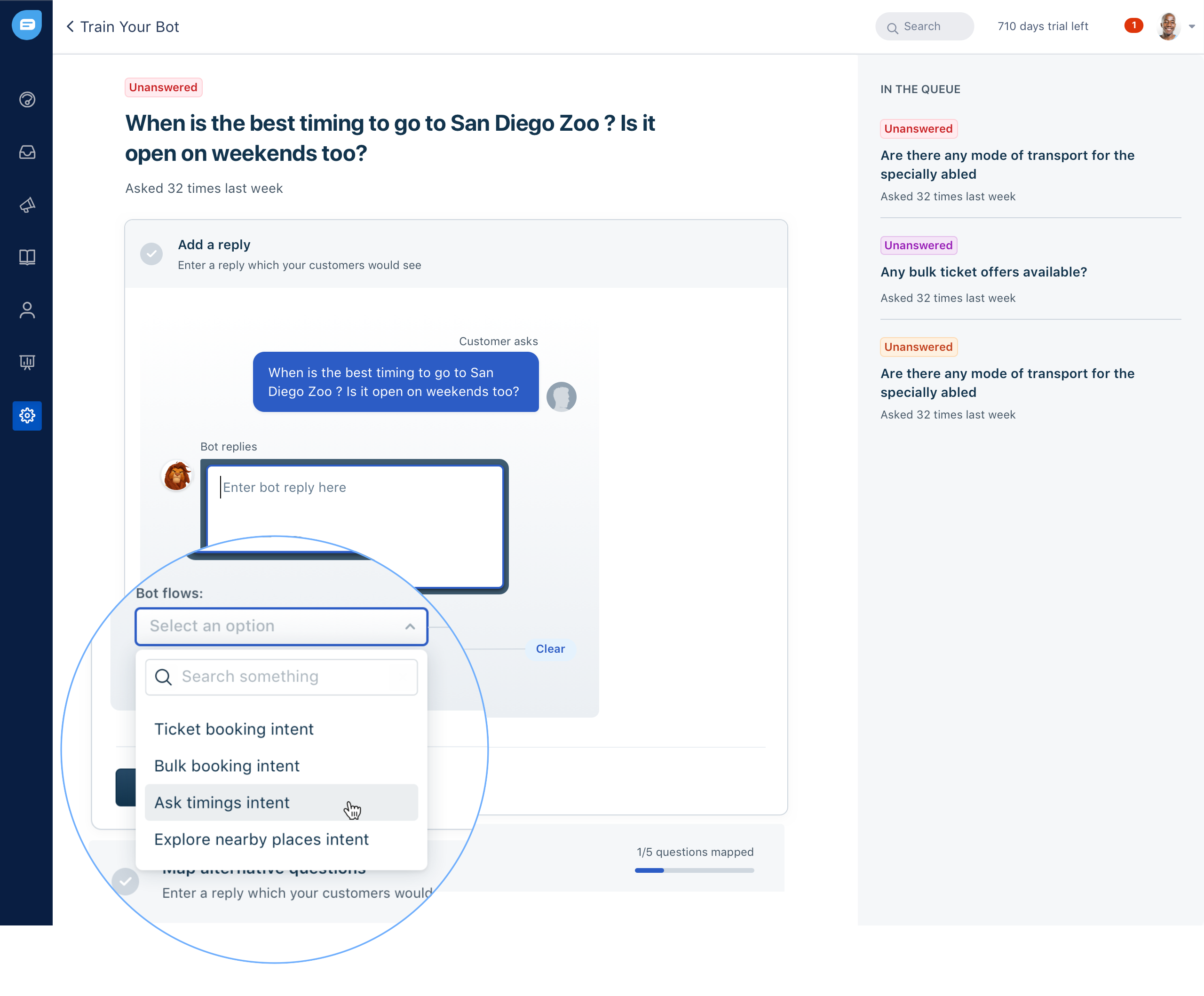 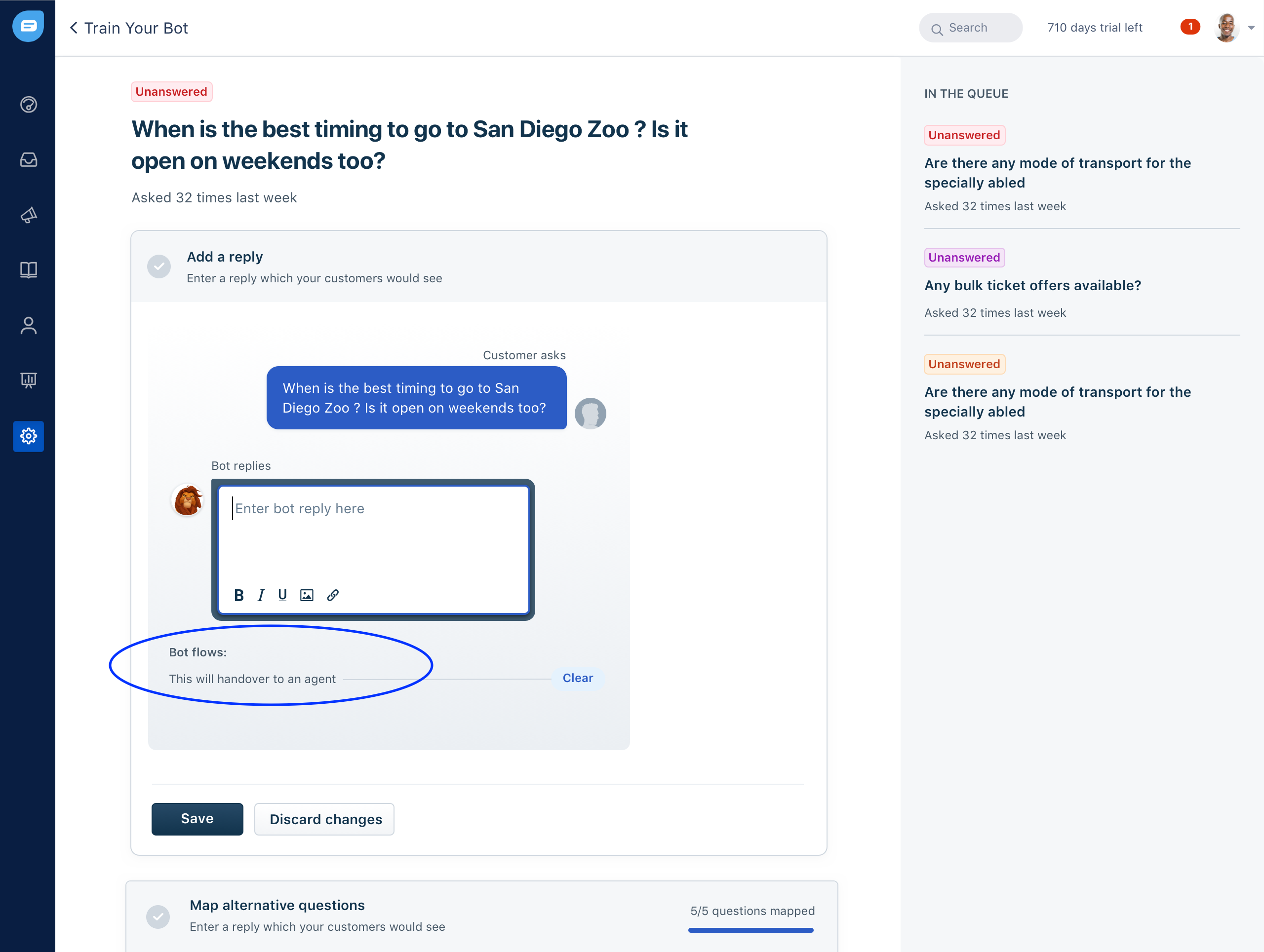 You can get a snapshot of how each answer is performing, by going to the Answers section. 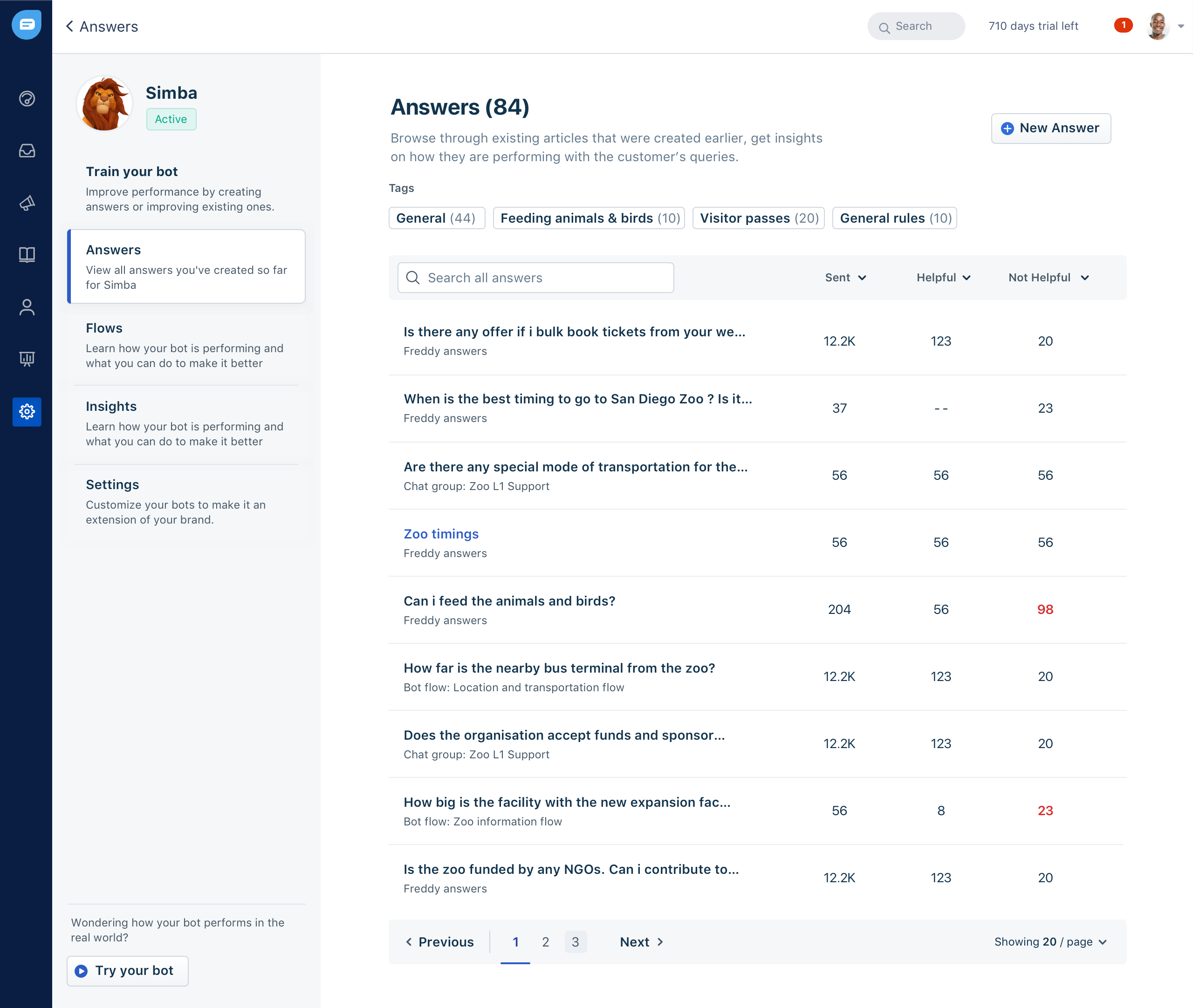 Find the right balance between human and bot conversations. You can limit Freddy Answer Bot to only respond on certain Topics. At Freshworks, for example, we trigger Answer Bot in the Support or Pricing Topic and choose not to trigger it in a Premium Help Topic meant for conversations between customers on our higher plans and the customer success team. 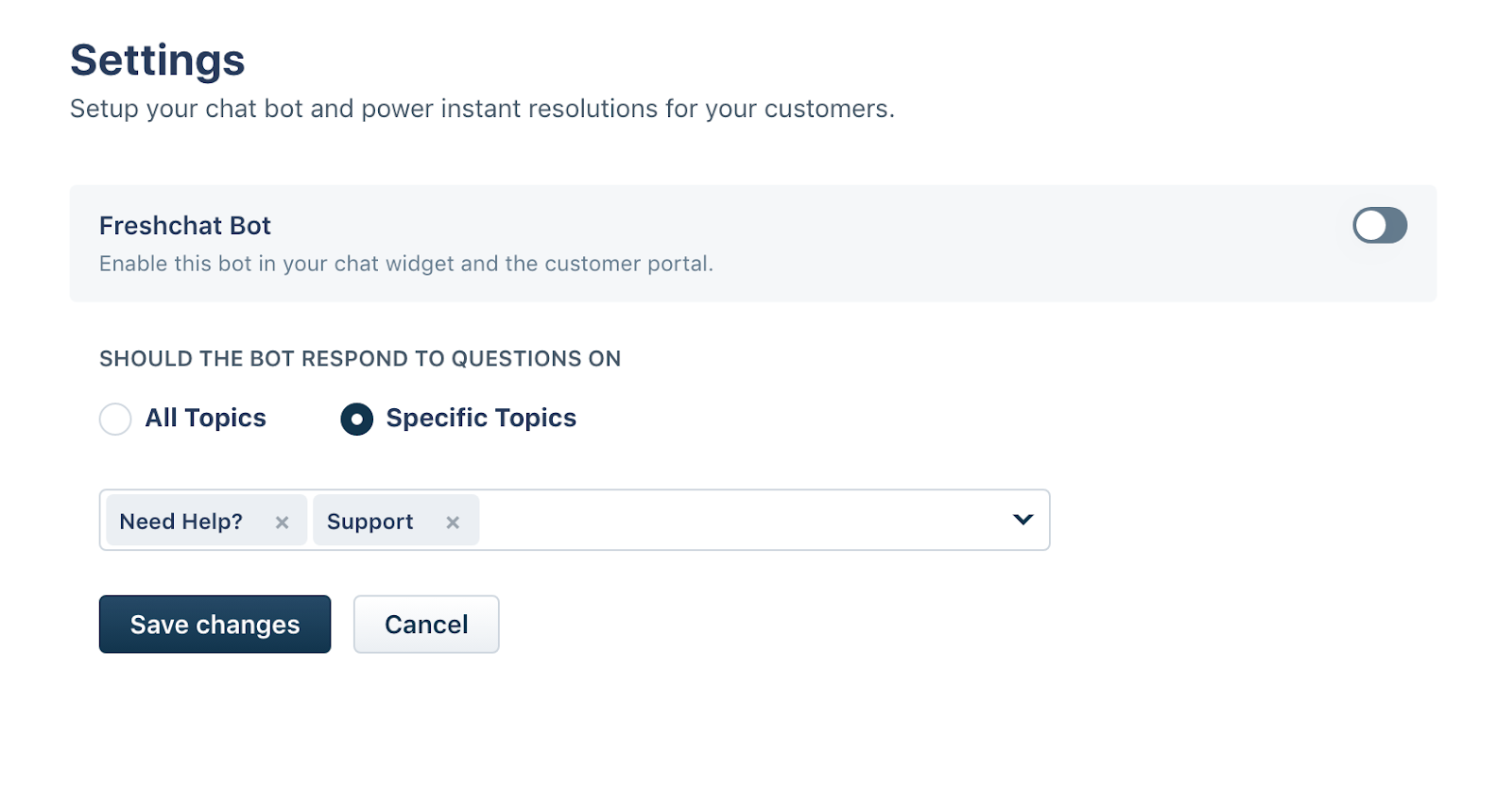 You can train Freddy Answer Bot to provide more resolutions by doing these three things:

By continuously training Freddy Answer Bot, you’ll increase its resolution and coverage rates, and save your teammates and customers more time.

When does Freddy Answer Bot trigger

Freddy Answer Bot automatically triggers when a customer asks a matching question at the start of a new conversation.