Recently, we rolled out a different experience for self-service features in Freshchat. If you signed up before
April 29, 2021, continue reading.
Solution home Freshchat Features Multilingual

Tweet
If you are using the previous version of Freshdesk , refer to this article instead
We will be replacing the older version of Freshdesk with the new Mint experience on January 31, 2019. All your data and configurations will remain intact. Switching back to the old Freshdesk will not be possible.
To read about this feature on Freshdesk Mint,
refer to this article instead
This feature is currently not available on Freshdesk Mint.
This feature is not available on the old Freshdesk.
Applicable plans
Sprout Blossom Garden Estate Forest

Reply to users in their language with Live Translate

Freshchat allows you to send replies to your users in their language in real-time. All you have to do is turn on Live Translate feature.

Freshchat can auto-detect the language of your users from their browser settings.

To turn on Live Translate in your Freshchat account, you need a Google Translate API key.

Here’s how you can get your Google Translate key. 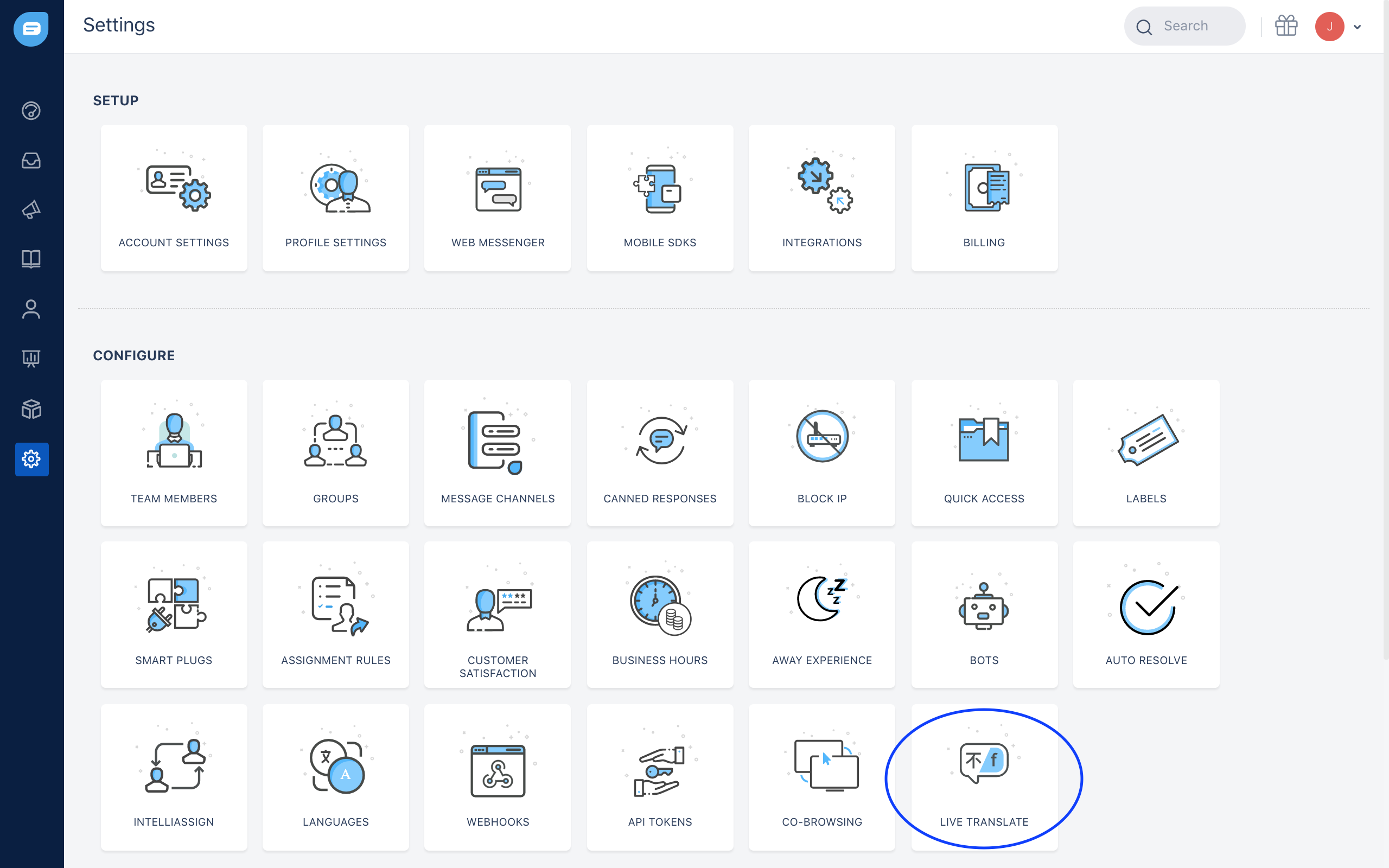 Move the toggle to Enabled. Add your Google Translate Key. 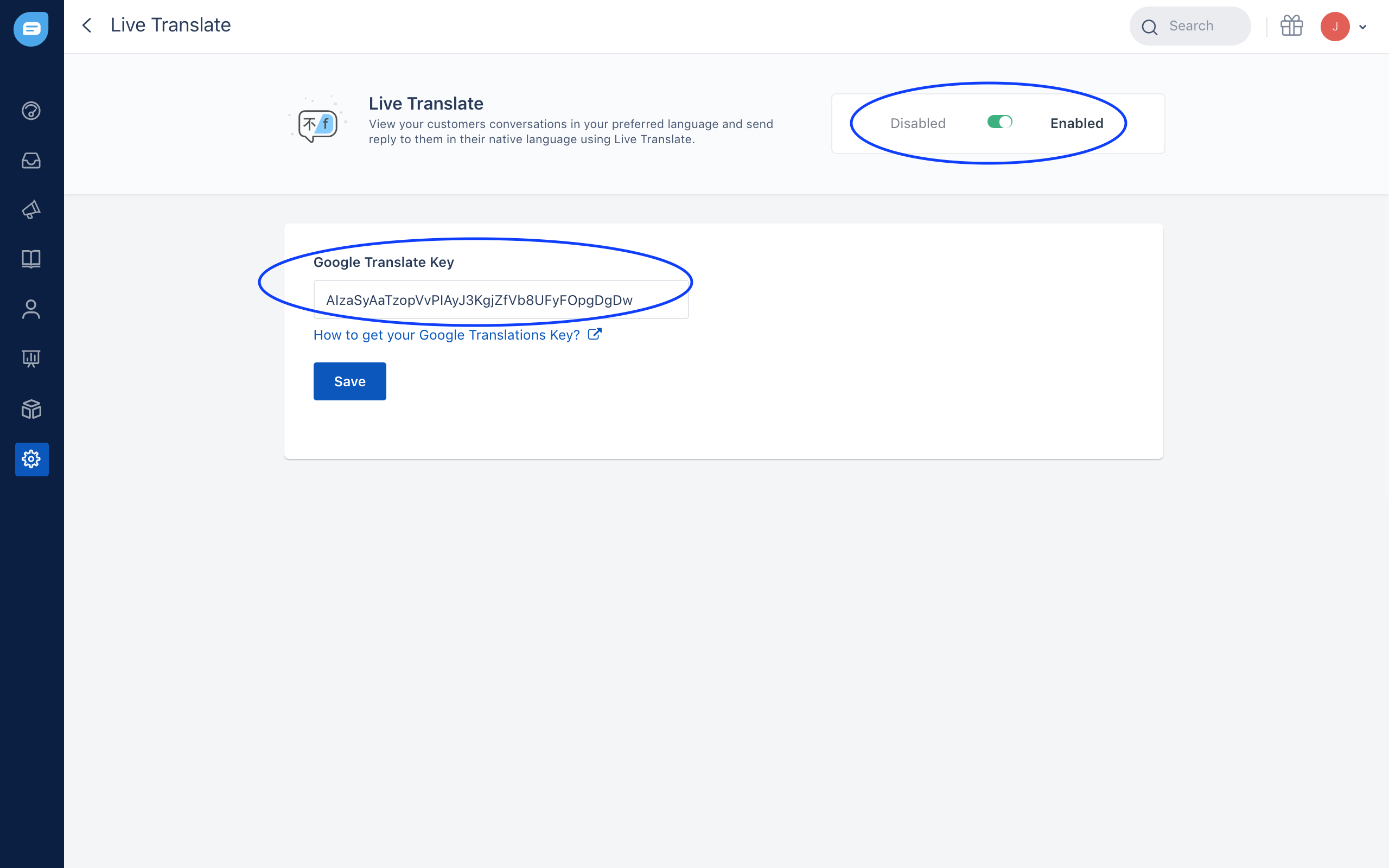 If the validation is successful, you’ll get a tick mark against your Google Translate Key, if not, you’ll get a warning. You need to enter the right key again. 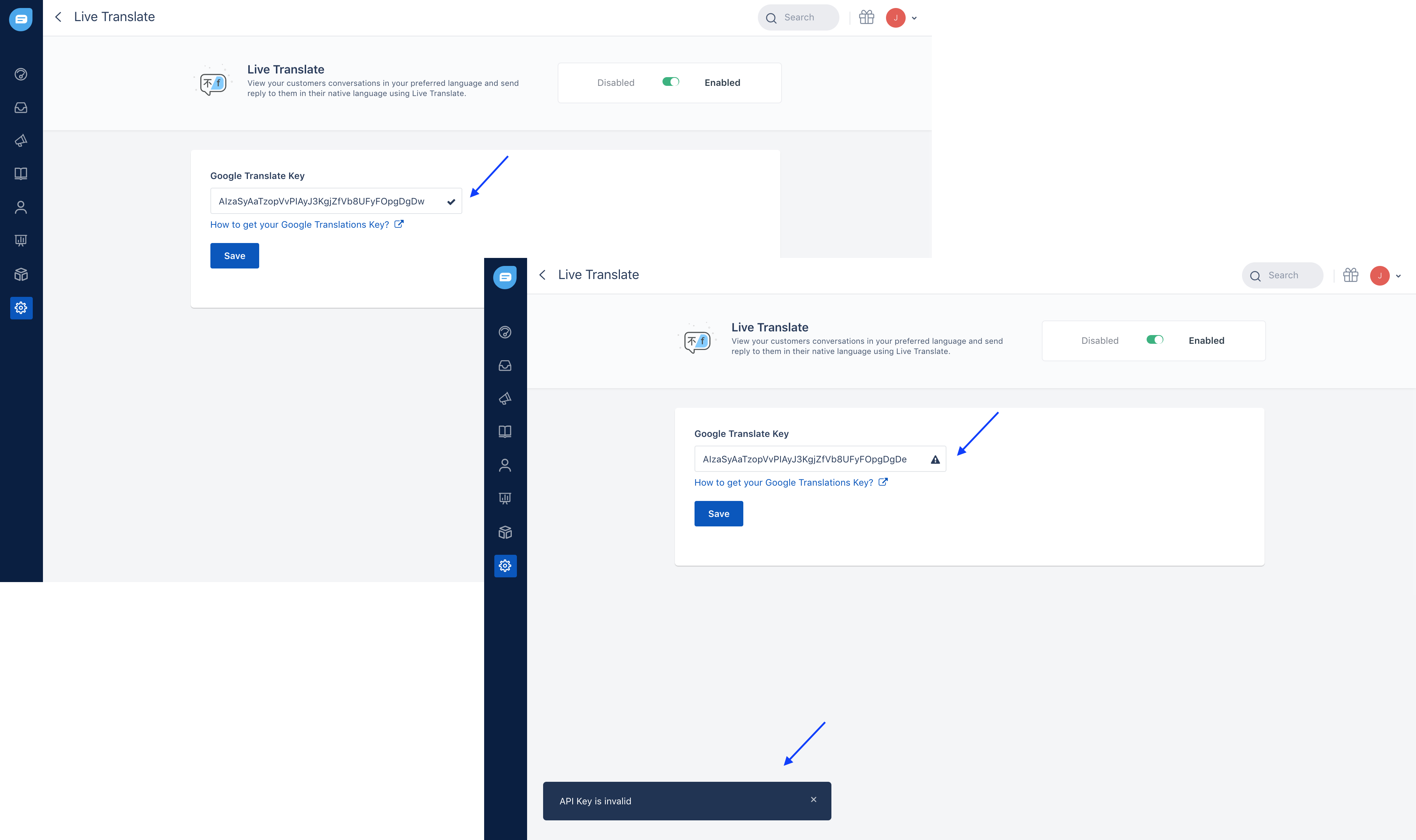 Once Live Translate is enabled, agents need to Turn on Translation to use it. They can do this by clicking on their image in the top right corner of the screen. 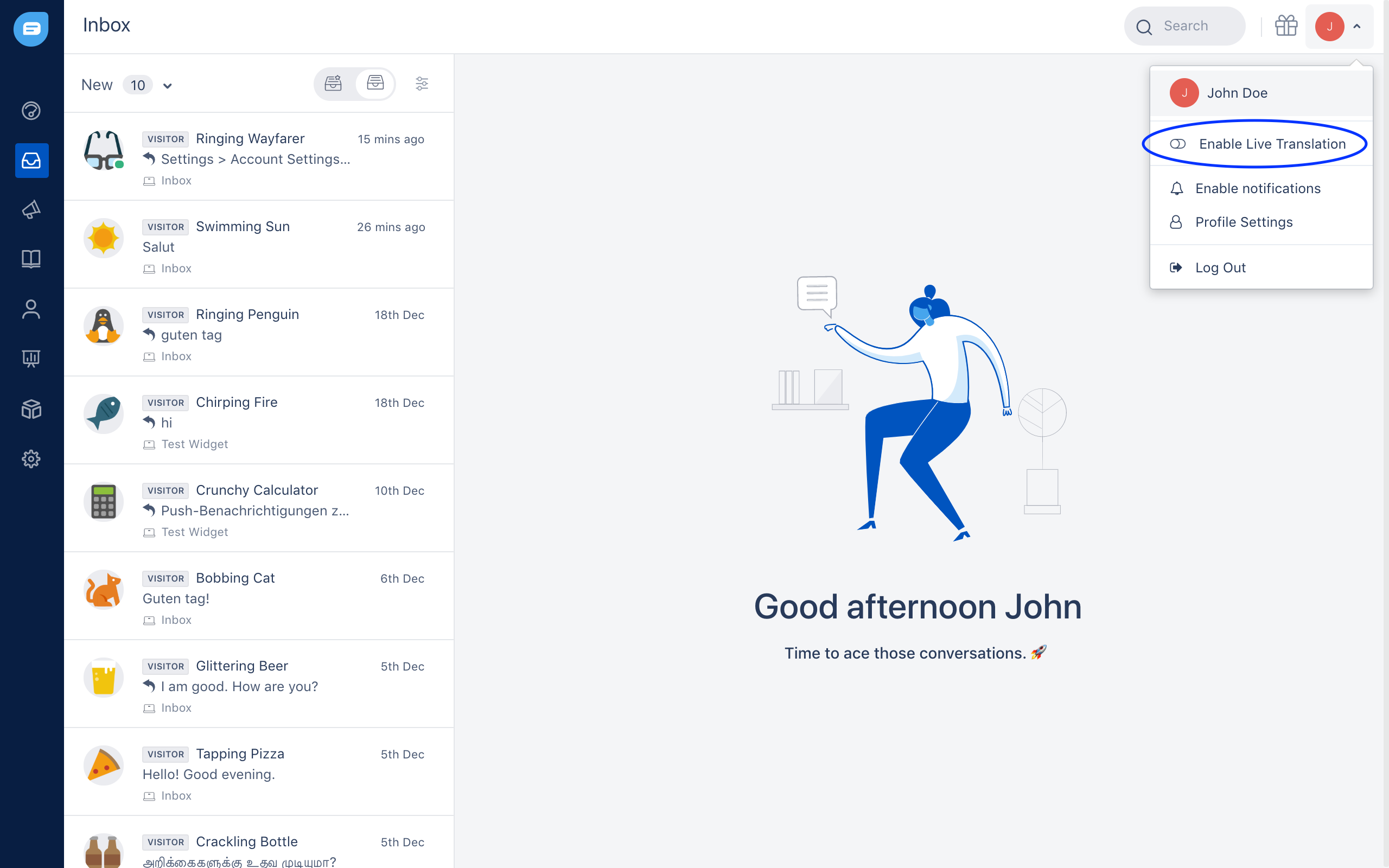 When a user sends a message in any language other than English, it will be auto-translated to English as shown in the image below. 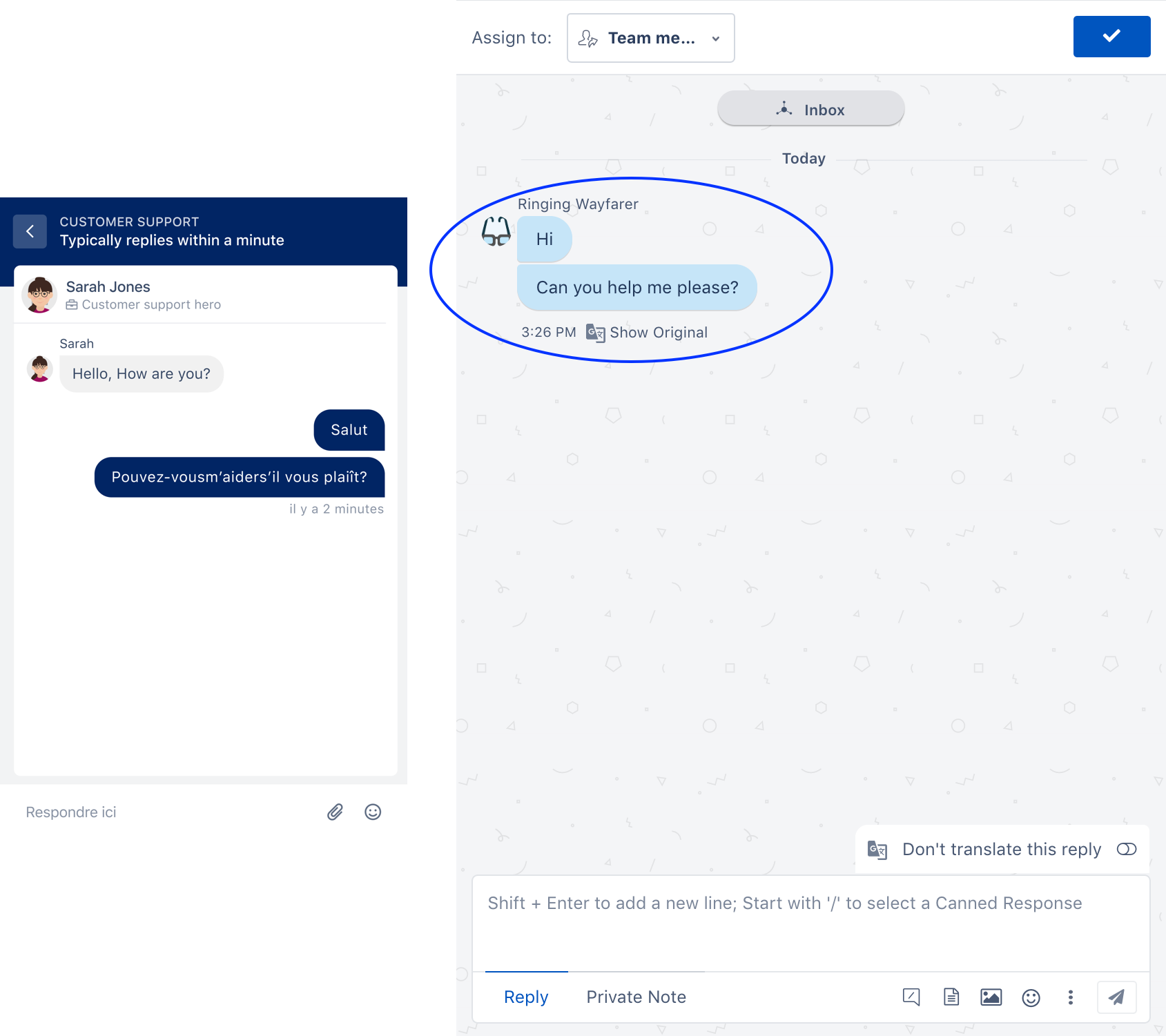 Agents can identify the language with the indicator in the left above the reply text box. 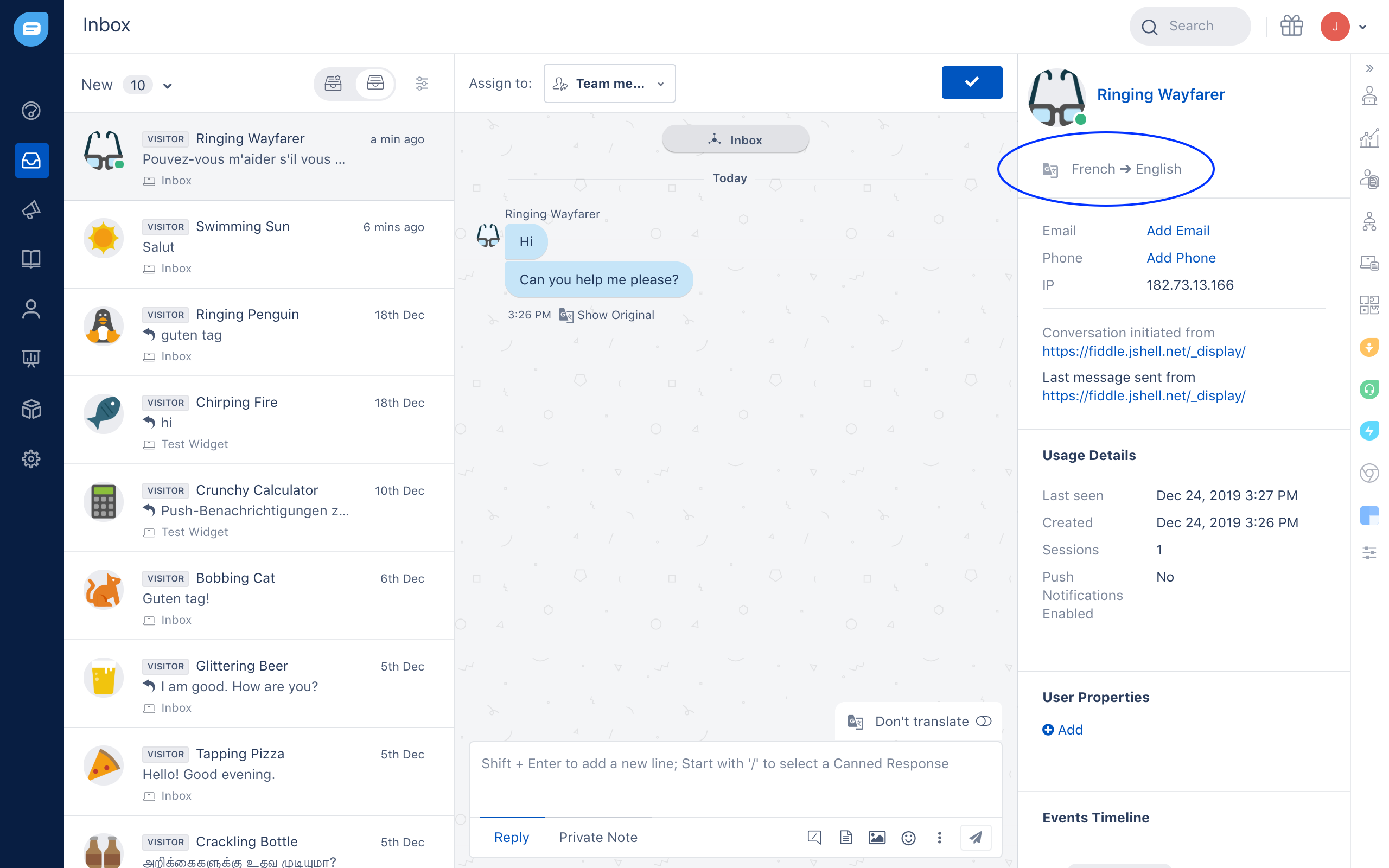 Any reply the agent sends will be auto-translated to the user’s language. Agents can see the translated text by clicking 'Show Translated' under the text. 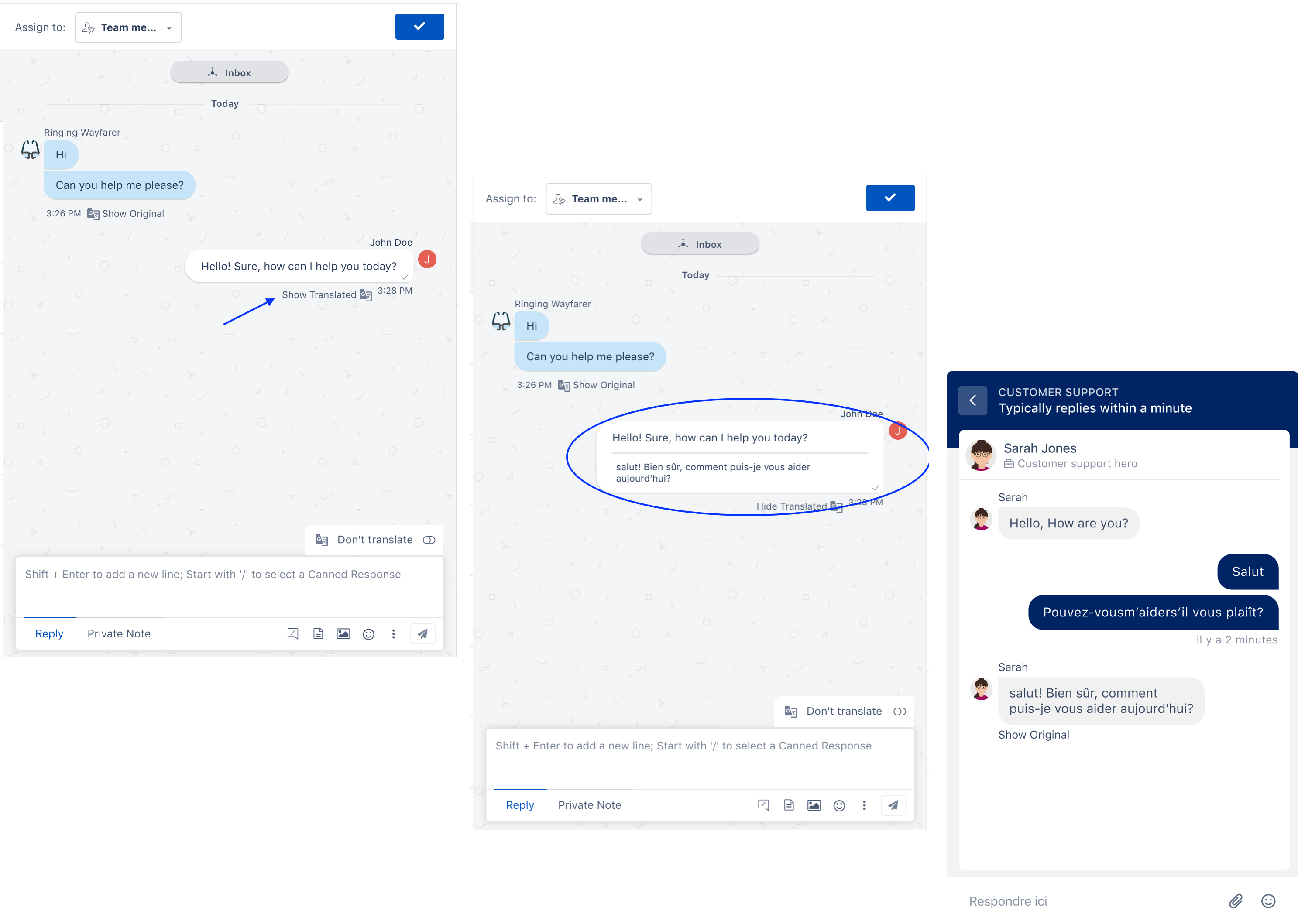 If a agent wants to send a specific message in English, for example, a setup instruction, they can enable the 'Do not translate this reply' toggle in the top right above the reply text box. Now, this specific message won’t be translated into the user’s language. 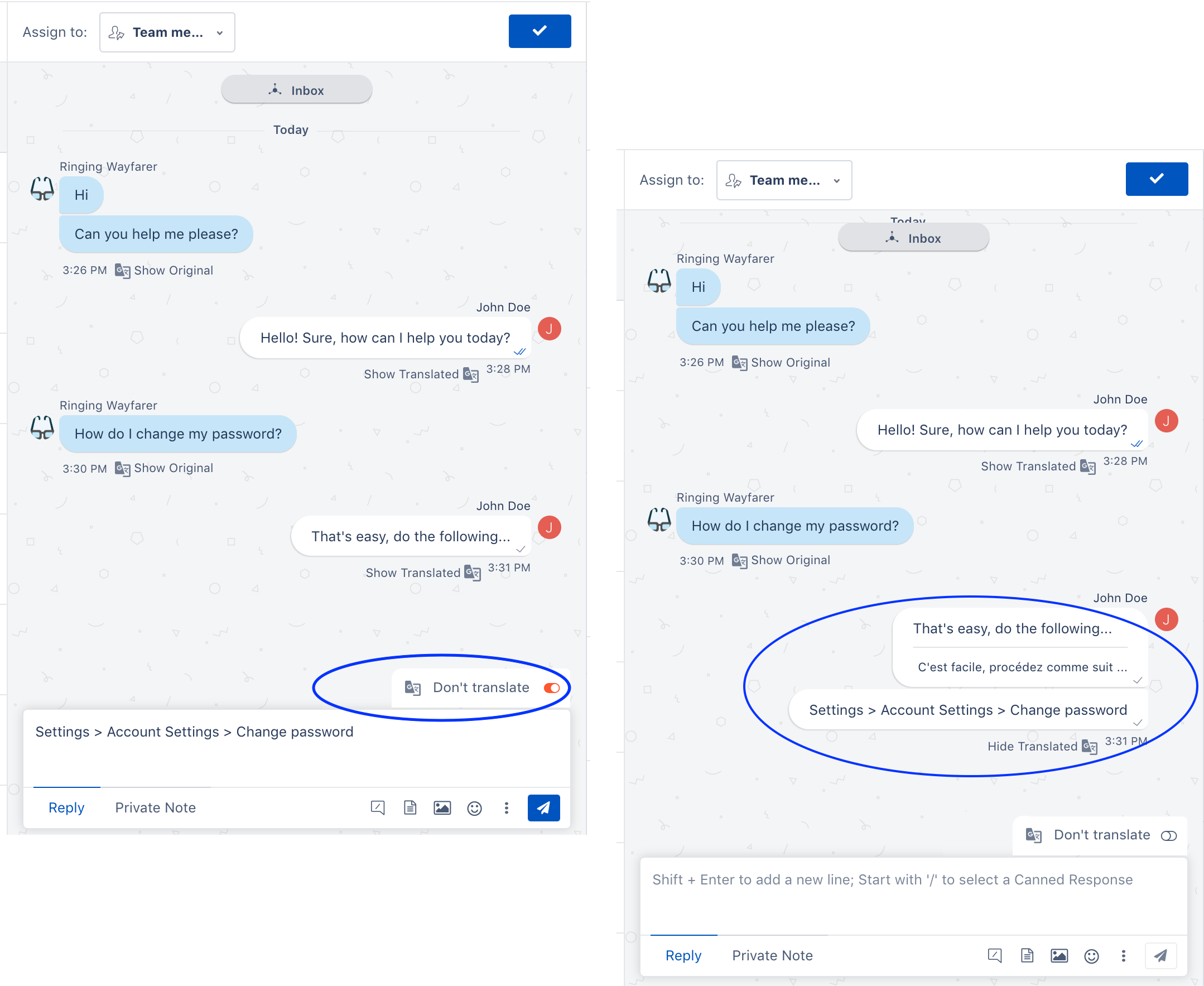 At any point the agent/customer can see the original message sent by the agent/user. This will be useful for exceptional scenarios if the message translated by Google has some errors or if the literal translation conveys something else other than the intended message.