Provide Multilingual Support to your Customers

Break the language barrier with Freshchat’s Multilingual feature. Provide self-service support to your customers and prospects in the language they speak and make them feel at home.

This feature enables you to customize Topics and FAQs in multiple languages. These languages can be added or removed in language settings.

The supported languages are,

Before adding a new language, set the default (primary) language for your Freshchat account. This should be the most common language spoken by your customers. It will also be the default language if their browser is set to a language that Freshchat doesn’t support.

Set a primary language, then add other languages by clicking ‘Add a language’ and select the language from the drop-down. 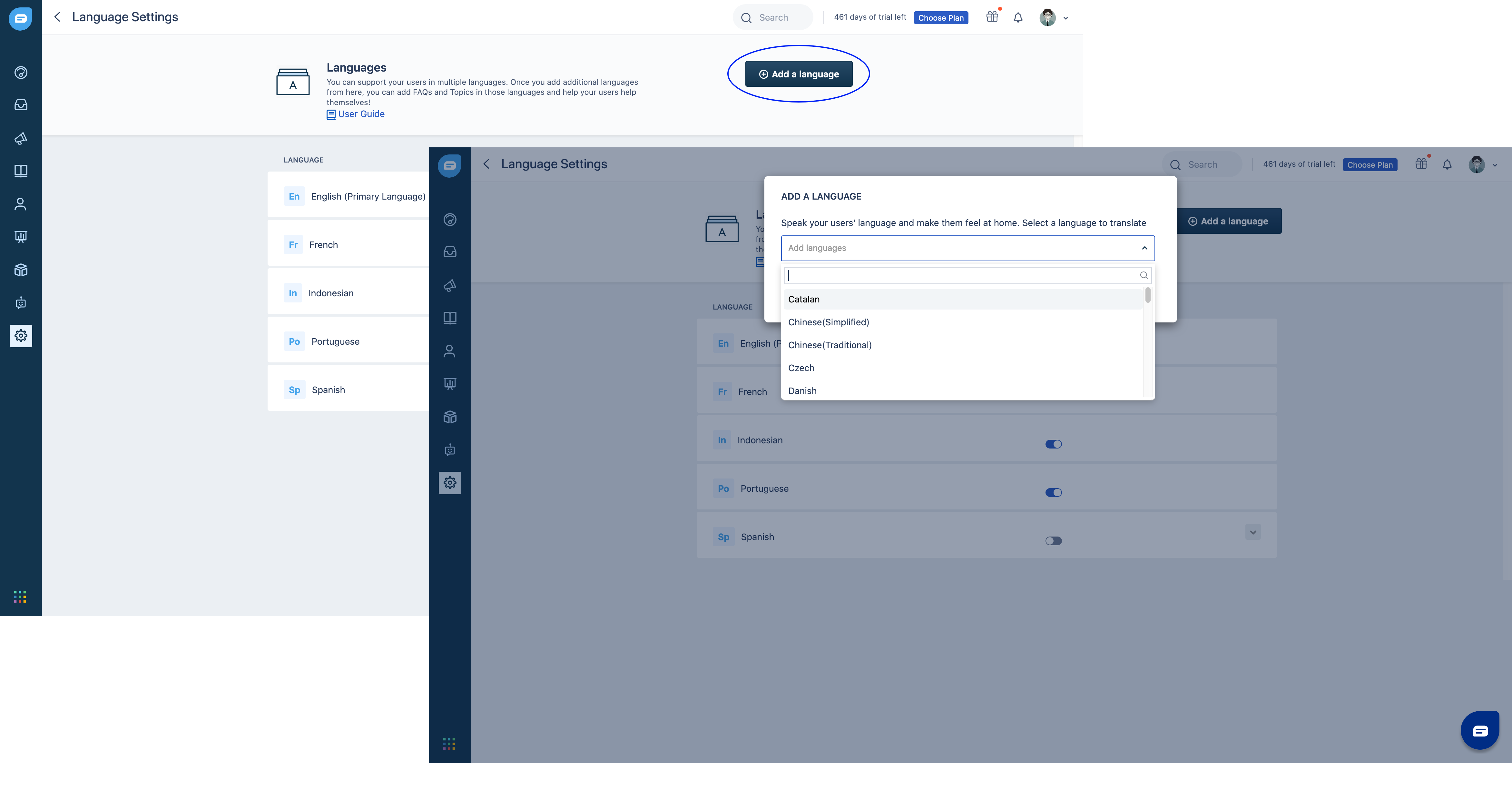 Important Note: Primary language can be set only once. You cannot change it later.

By default, newly added languages are disabled. You have to enable it by switching the toggle to the right. 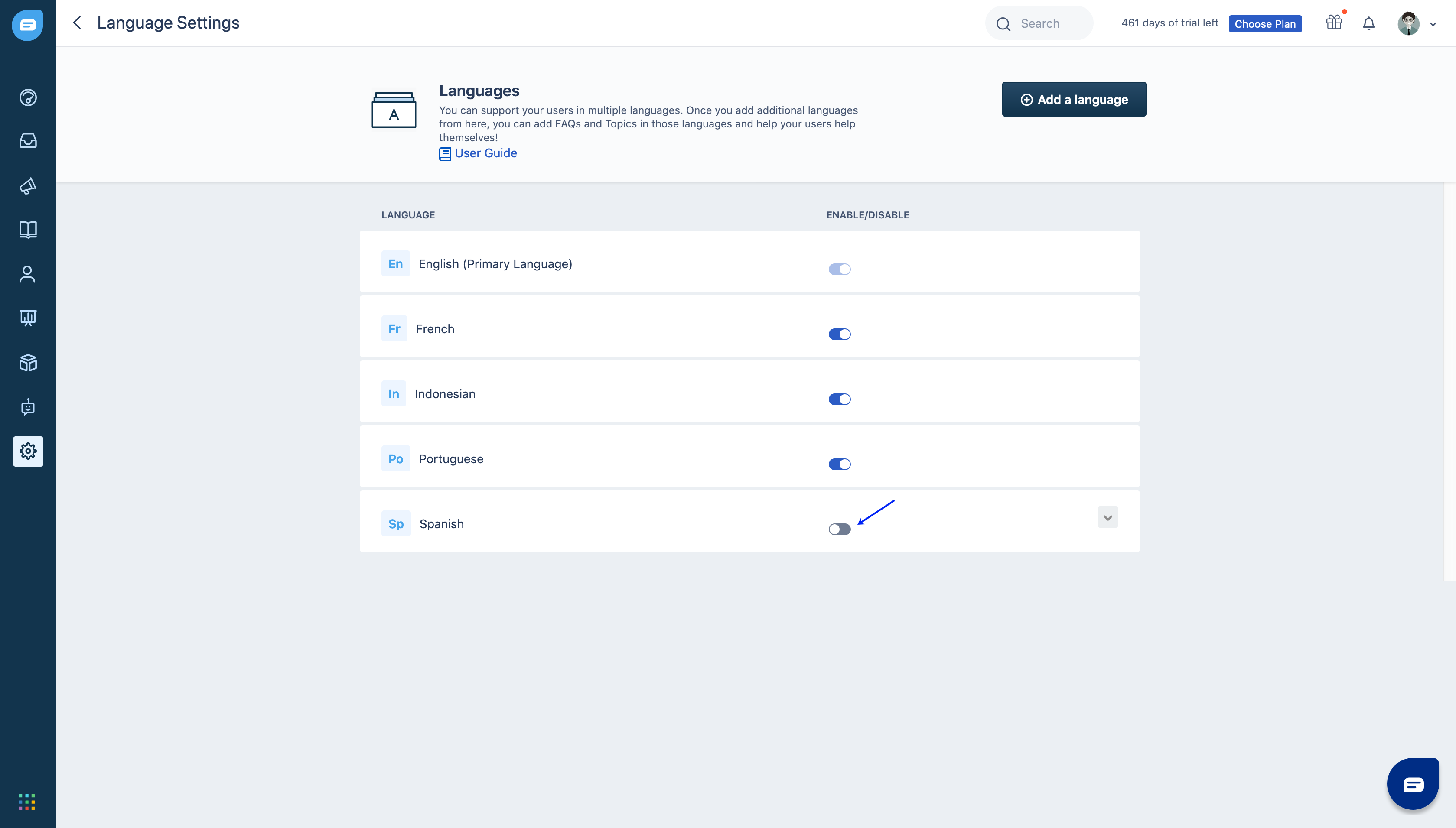 FAQs and Topics can now be translated in the enabled languages.